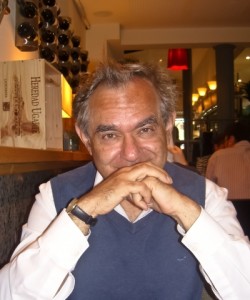 I’d much rather have my transplant and feel healthy and well again than win the lottery.

Jim Fatah, aged 60 from Surrey, has had two transplants because of Henoch-Schönlein Purpura (HSP), an inflammation of the blood vessels which damages the kidneys. His first lasted just under a year, but the second one has lasted more than 11 years and is still going strong.

“Having a kidney transplant was better than winning the lottery,” Jim says.

“I’d much rather have my transplant and feel healthy and well again than win the lottery.”

Although the first kidney that Jim received, in 1996, lasted less than a year, he was given another one in 1999, at the age of 48. The change that he felt was rapid. “When I came out of the anaesthetic I felt better almost right away and I remember having a smile on my face. It was wonderful.

“The fogginess I had when I was on dialysis went within a day or two.
“I spent about three weeks in hospital, and by the third week I was up and about walking. You then have to go through a convalescence period when you are back in hospital every day for check-ups.”

When Jim was on dialysis he met people who were not on the waiting list for a kidney and who were reconciled to being on dialysis. They looked forward to the sessions because they met other people in the same boat as themselves. They did not want a transplant, but Jim was never like that.

“I wanted my life back. I wanted to get back to work and go out with my friends again. My hopes have been fulfilled. It’s been almost 12 years since my last transplant.”