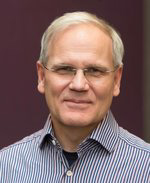 Bob is an independent corporate and public sector turnaround professional helping organisations to implement radical and fast paced change to ensure their continued viability.  Bob is a past visiting lecturer in business strategy at the University of Westminster and is a Director of The Institute for Turnaround.
Bob donated a kidney in 2013 after some time of research and consideration.  Since then he has supported Give a Kidney in their campaign to raise awareness of non-directed kidney donation.  Bob strongly believes that whilst living donation is not something everyone can do, we only need to find enough of those who are able and willing to do so to make an enormous difference given that on average 300 people a year die in the UK from the lack of availability of a suitable kidney donor.

Bob was elected Chairman in March 2016.