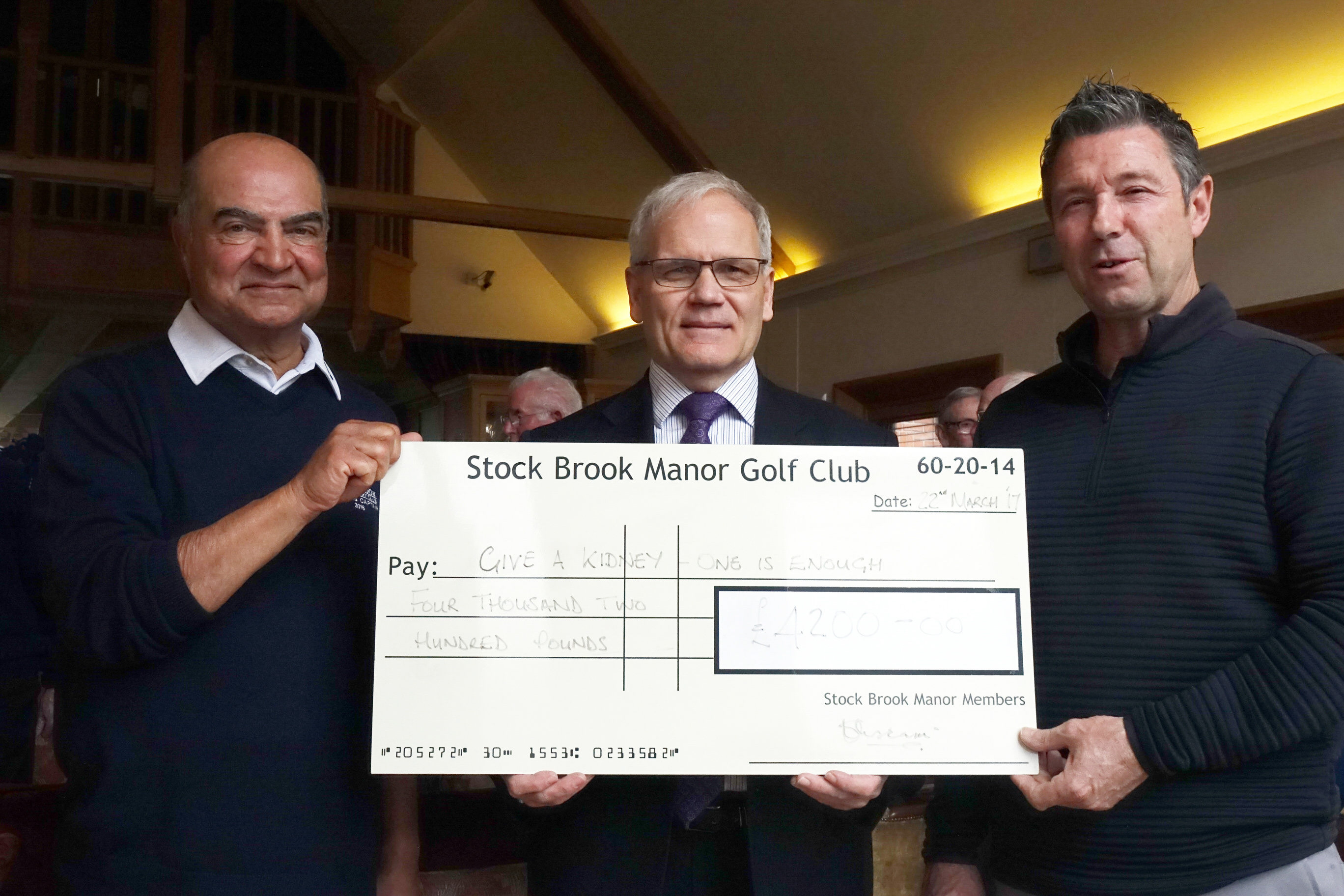 As is tradition, each year, the Captain selects a charity for the club to fundraise for throughout the year. 2016 captain, Shoky Visram (65) selected this charity after receiving a kidney from his daughter in 2013. He explains:

“After 50 years suffering from a chronic kidney disease, I received a kidney transplant in August 2013. Research shows that the best chance of survival is with a kidney from a living donor rather than a deceased donor. I was very lucky that my daughter was a match and insisted on donating her kidney – which is a gift of life. However, not all patients are this lucky. There are literally thousands of people waiting for a kidney transplant and hundreds die waiting each year. When, last year, I became Captain of the seniors’ section of my golf club, I saw opportunity to raise money for a charitable organisation which raises awareness of non-directed kidney donation where a kidney is donated by a living person someone they don’t know who is in need of a transplant. In Britain, we are lucky that there are people brave and generous enough to come forward to donate their kidney to a stranger and organisations like, ‘Give a Kidney – One Is Enough’, help to educate people about this opportunity and offer support to those considering donating. I have always been physically active and now after kidney transplant, I am playing golf three times a week and leading a near enough normal life, as is my daughter. I hope, the money donated by generous golfers of my club Stock Brook Manor, helps some of the waiting patients to receive kidney transplants and lead a similar life to mine.”

The funds were raised through raffles and competitions at various events organised for the Seniors including a Ladies Night, Captain’s Night, Captain’s Away day and Three Captain’s Charity Day. Almost £1000 was raised by a pound forfeit per ball landing in the water surrounding hole 4!

Bob Wiggins, met Shoky to accept a cheque for £4200 on behalf of Give a Kidney. He said: “We’re very grateful to Shoky, Craig Laurence, the Senior section of the Club, and to everyone who supported the fundraising so generously throughout the year. We are a small charity with a big ambition – that one day there will be no-one in the UK waiting for a transplant for want of a kidney.
This is achievable. There are currently more than 5000 people on the waiting list for a kidney transplant in the UK, and around 300 people die each year whilst waiting for a kidney transplant. Meanwhile many people don’t realise that you can live a perfectly healthy life with one kidney. Living kidney donation can offer a new lease of life to someone with kidney disease and if more healthy people came forward to give one of theirs, more people could have their lives transformed like Shoky. So far, almost 600 people in the UK have donated a kidney to someone they don’t know on the transplant waiting list, but there are thousands of others still in need. Events like this not only raise awareness, but also provide vital funds to help spread to word and support those going through the donation process. Thank you to everybody who supported Shoky’s fundraising.”